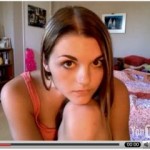 When the now-infamous LonelyGirl15 began sharing her video diaries to the world, she became an unlikely YouTube star—until it was      discovered that the seemingly-average girl-next-door was actually an actress hoping to get noticed by site’s millions of users.

LonelyGirl15 has since disappeared off the pop culture radar but more and more budding young artists are getting noticed on the Internet, first by the public, and then by entertainment execs.

With nearly 90 million channel views at the time of this writing, the Fred Channel is one of YouTube’s biggest stars among younger audiences. The channel is the creation of Lucas Cruikshank, a Nebraska teenager and is videos are centered on Fred Figglehorn, a fictional 6-year-old with a dysfunctional home life and “anger management issues.”

MTV Network’s subsidiary Nickelodeon picked up on the hype, and created a movie featuring Fred that will air later this year; they have already committed to a sequel that they expect to be part of a larger franchise.

The 16-year-old singing sensation Justin Beiber also began as a YouTube star. Hip-hop manager and marketing exec Scott Braun discovered the young Canadian’s singing by accidentally clicking on one of his YouTube videos, which Beiber’s mother posted for family and friends.

Braun arranged a meeting for R&B singer Usher, who helped Beiber sign with Island Records. Beiber’s first album went platinum in the US and Canada, coming in at #1 on the US Billboard Hot 200; he was the youngest artist to do so since Stevie Wonder.

In 2003, after graduating from college, Justin Halpern moved to Hollywood to work as a screenwriter, without much luck. He was forced to move back home. He decided to keep a record of his dad’s quick one-liners, and began posting them on Twitter under the handle Sh*t My Dad Says.

The Twitterverse embraced him and after only a few weeks, his account had over 100,000 followers. Result: a bestselling book and a television series starring William Shatner airing in the fall.

This is what is so cool: Today the possibility of success is more accessible to artist, regardless of whether they are in Hollywood, NYC, or in a basement in Nebraska.

Before the Internet, how could a talented kid like Lucas (Fred) ever get noticed? Well, first he’d have to graduate from High School, move to California, invest money in expensive headshots and agents, and wait on tables while hoping to get in front of the tiny handful of heavy hitters who control the entertainment industry.

Justin Beiber may have spent years trying to get noticed, and Justin Halpern may have ended up living at home for the rest of his life.

Today, the measure of success is talent and mass appeal, rather than who you know or what you can pay.

I wonder how big stars of the past would have been judged by the commenters on YouTube, or which talented people would have made it if they had the ability to be in front of the public instead of just a few casting directors.

As Justin Halpern knows, even when the executives take a pass, they’ll think again when the masses disagree.