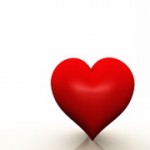 I have a client whose Twitter account I manage. For this account, I need to pretend that I’m a man. That has led to two interesting issues: for one thing, I’ve discovered that guys tweet differently than women, and for another thing, it turns out that I make a very charming guy!

At the start, I attempted to convince my client (a national brand) that if I they wanted me to tweet for them, then the Twitter persona should be a woman, because I am a woman, and because the majority of the target market are female and would relate better to a woman.

But the company has a great mascot that’s male, (let’s call him “Mike”) and the company’s marketing department was very adamant about making Mike” the “tweeter.” So, I went on to develop “Mike’s” Twitter personality.

First problem: As I anticipated, I really have to think very carefully about how I phrase things on Twitter. Women and men tweet differently in general, but I didn’t realize how much until I started tweeting for this client. For example, instead of saying: “Thank you so, so much for the RT. Welcome to our warm and loving community” I will say “Thank you for the RT. Welcome to our gang!”

I could be way off in thinking that I need to “masculinize” my tweets to be effective as a guy tweeter, but it has been working like a charm. Women are engaging with the brand and don’t suspect that it’s a woman who is tweeting as “Mike”.

But that leads me to my second problem:

I have been so charming as “Mike” that some lady followers of the brand have developed crushes on me! At least four of them consistently DM me wanting to know if I have a personal Twitter account and how they can get in touch with me in private. One even said, “I’d like to have a piece of you!” (That’s sexual, right??).

So far, I’ve chosen just to ignore their advances, but I am a little worried about it.