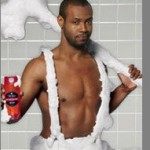 How brands and businesses use Social Media has everything to do with how the decision makers use Social Media themselves. People in business who have grown up using Facebook, for example, understand that the Social Media is not just a useful tool, but it’s the way people define themselves in front of their peers. And people want to be associated with Cool, including Cool Brands.

Although Facebook has just reached the 500 million-members marker, it has just begun to define itself in terms of business. So, it’s up to each company and brand to figure out how to use it effectively. When I consult with a client, I often ask them to spend time on these 3 questions:

1. Who is my target market?

2. Where do they hang out on the Web?

3. What would make them want to identify with my brand in front of their audience?

In other words, what can I do to make my brand “Cool”?

Old Spice is the perfect example of how an “uncool” brand found it’s “Cool Factor”. The aging brand has been around since the 1930s, a dinosaur in the men’s grooming and cologne market. But they decided to use Social Media as Generation Y does:both as a conversational tool and as a way to define a new public image. Actor Isaiah Mustafa created a dashing spokesman character-wearing only a towel-who responded to users comments through a series of witty short videos, each taking less than seven minutes to shoot.

The series not only created a bond between users and the brand, but also suggests that the Old Spice customer is similarly funny and cool. On Twitter, Isaiah Mustafa’s Old Spice character is acting just as any young person would: posting random musings rather than Old Spice info: “I can’t stop thinking about axes and mountains and wolves and football. And old steam tractors.” Rather than set up a conversation between the customer and the brand, the Social Media team at Old Spice mimicked the Social Media voice of their ideal customer. Check out Old Spice on Facebook to see what they are doing.

If you are in the position to make marketing decisions for a company or brand venturing into Social Media, spend some time identifying your “Cool Factor” before you get started. Even if you don’t have the budget of an Old Spice, taking this one preliminary step with make the rest a lot easier.