In 2011 when Google launched it’s own Social Media/Micro-blogging site, Google Plus (or Google+) many of my colleagues proclaimed that they were going to shut down their blogs, turn their backs on other Social Media platforms, and put all their energy into it. That’s how excited they were about it.

In 2013, the general consensus is that Google Plus is easy to use and has a lot of great features, but that no one uses it. That no one uses it is not necessarily true. In a recent article in Google Plus Daily Paul Maplesden puts forth a strong case for using Google Plus and he shares a nice comparison with Facebook. It’s worth a read. (link to full article at the bottom).

Some Data about Google Plus:
As of May 2013, it had a total of 500 million registered users
Was used by 30% of smartphone users between April–June 2013, making it the fourth most used app.

That’s not to say that Facebook can’t help you discover new things, or that Google Plus can’t help you stay in touch with your current friends, far from it. Plus, Google Plus doesn’t have paid advertising or promoted posts. Here’s the comparison: 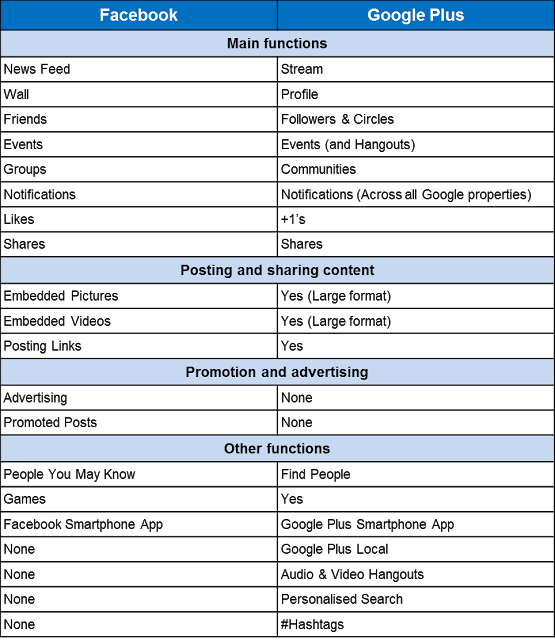